Confessions of an Anti Sailor Fan

So being the oldest member on this forum, I plan to discuss my venture with the Sailor Online community throughout the years and what drove me to make MissDramu, despite rarely updating it due to whole community being sane.

1995-2000
-Was addicted to Sailor Moon and mum used to record episodes via VHS. Hell, there was a contest of making your own Super Hero and my OC/Persona was a Sailor Moon knockoff. Meatball head and all. Also went to buy more VHS in Chinatown and my most fave seasons, SuperS, VHS was in the Chinese pharmacy. So much teen love that I bought Sailor Uranus knock off and some Best Song Collections from SuperS and SailorStars. So yeah, even to this day, I go into Chinatown, seeking for Sailor Moon related stuff. Now, I have MandarakeJP to get what I need.
-Was introduced to the manga by Glenat. Not the best to be introduced to manga in French. Then again, the English versions were 20$CAD compared to 13$CAD. Also had pick up Vol. 1 and 2 of SuperS in Japanese. Sadly, they're lost in my stuff my dad has in storage. I still want to get the full set, but it's pricey on eBay and MandarakeJP sells out a lot of them.


2001-2009
-The runt known as Chibi Usa was the bane of my dislike of the series. The dub gave her a really annoying voice and she's be all over Mamoru. This lead me to join two Anti Chibi Usa sites, Project C.U.R.E. and LAKCULA. My own site is Project ACUO
-Senshi Battle Zone. Couldn't get enough of Senshi Fights? Sailor Callisto hosted a voting site whereas she writes play by play fights with the senshi fighting themselves or random celebrities. Take you pick of WWE Battlegrounds and replaced them with chicks in short mini skirts.
-The Amazon Quartet. They were Sailor Moon LARPers that reviewed Sailor Moon fansites. I enjoy their witty sarcasm on Save Our Sailors since they disliked how they tried and failed to bring Sailor Moon back on TV by buying Poptarts. Yeah, they did it.
-I tried my attempt at voice acting Sailor Quinarus. Too bad the file got corrupted before I could send it. Besides my voice sounds like a guy. At least there is YouTube.
-Another Sailor Moon reviewing site that features LARPers of the Witches 5 introduced me to the drama that was Usagi Kou.
-While Bob and George were the essence of sprite comics, Jay asked me to contribute to [THE HAPPY PLACE]. So I did. Plus more Sprite Comic creators were kinda inspired my silliness from Candy and Lunar.


2010-2020
-Get my first Hatemail for bashing Usagi and Chibi Usa. Dude also became obsessive with me cause he was signing every guestbook with dislike for my comics.
-Write my first opinion of Usagi Kou after witnessing of LiveJournal drama. This caused more hatemail and ZoisiteKou from her friend group called me a sad pathetic loser.
-Elly control of the forums for a while. Wish I was there, but I screen-capped all the Twitter responses of her harassing a Viz editor of Sailor Moon.
-Also got hate from Sailor Moon Obsessions, when I pinpointed everyone wanted to get to have their own Sailor Theme Wedding because of her post. Called me a b*tch and then left.
-Prince Rose and I did not get along. After writing a cauldron thread of him, some folks actually applaud me to standing up to his fans.
-MissDramu was born. Not to hate the fans, but to pinpoint that we needed to showcase the madness fans will go for being fanatics of this show. Yeah, I handle hate there but it's my most watched Tumblr. Dude, I'm mocking the obsessiveness of Sailor Moon fans and all of my followers are like we cool.

Mixed Facts
-Fave Senshi: Mars, Jupiter, Pluto, and Saturn.
-Didn't care that Uranus and Neptune were lesbians. I didn't like them because they were bitter towards Moon to the very end. Their sexuality didn't turn me off. Though, did use their pic references to draw Byleth x Edelgard luv.
-Everyone who does a commission of YingGirl are always telling me how well detailed she is. Detailed? I was being lazy by coloring a Sailor Mars pic and then adding the Yin/Yang symbol three times. (forehead, choker, and belt). My autism makes me repeat stuff.
-Will be getting an actual school fuku. Now waiting for mail to come so I can use it for Instagram.
-Did do a tarot thread of how Tarot cards reflect in Sailor Moon. Did actual tarot reading while in college.

That's my post. Thank you for going this far.

Haha holy crap, you also tried to voice Sailor Quirinus?! I remember seeing the contest announcement posted years ago on the Sailor Moon X site and wanting to do a submission... only to later notice a different part of the site saying the contest winner had already been picked (that site's layout was a mess). Can't remember if I actually recorded anything, though. To this day the Sailor Moon X and ASMO sites give me warm fuzzy feelings of nostalgia. 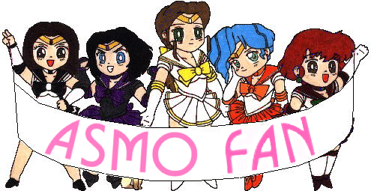 noildoof said:
Haha holy crap, you also tried to voice Sailor Quirinus?! I remember seeing the contest announcement posted years ago on the Sailor Moon X site and wanting to do a submission... only to later notice a different part of the site saying the contest winner had already been picked (that site's layout was a mess). Can't remember if I actually recorded anything, though. To this day the Sailor Moon X and ASMO sites give me warm fuzzy feelings of nostalgia.

By the way, do you happen to have a copies of the voice files for the other characters from Sailor Moon X and ASMO? I know there were files for Sailor X and Sailor Sun, but most of the Sailor X files were never archived with Wayback Machine, and none of the Sailor Sun files were archived at all.
Click to expand...
Sadly, I don't.Which sucks. I even had files of Sailor Moon Stupid, which are somehow lost.

Anyways, I gave up watching Crystal on Episode 4. I'm waiting for my Mook book on it so I can try practice drawing them. I noticed with the Kids book, the sailors have ridiculous long legs.

Another Sailor Moon fact that started TGTN was this Ghost riffing a Sailor Moon fancomic with somehow Queen Beryl was brought back and Usagi asked said random fanboy to be some Moon Knight.

I respect the series. Still need time to watch my Viz dubbing of SuperS and Stars. Enjoyed watching the movies. My fave one has to be the S Movie.

https://sailorhoneymoon.tumblr.com%2Fpost%2F636437840091365376
Bit late, but that same image made me reminded of the last episode of Sailor Moon. She lost everyone and didn't want to fight Galaxia, which ended up saving her. Bleh, maybe I'm overthinking stuff. Been in a moonie moment cause I listened to Sailor Christmas and Best Collection on my iPod Touch.

Because my old 6th gen iPod just had to die on me and my music collection is 68GB. So next year, time for a new iPod Touch. Yay Apple.

So, after watching some clips of the first Eternal movie, I'm ok with what I saw. Dunno why there's much hate on the rebooted anime. Then again, some of the fanbase tends to be holier than thou and says that if Toei doesn't follow their exact interpretation of the Sailor Moon manga, it's no good for anyone else to watch.

Well maybe I can get my very own moon wand, the Moon Kaleidoscope. Then again, it's 175$USD on a Toku Collectors site. They know their fanbase.

Just wanted to drop by to say It's so interesting finding sailor moon fans that got to experience this series during its prime.
I get a bit jealous at times since being a younger fan of the series, and growing up with the JP version rips on youtube instead of the DiC dub is a kind of lonely experience lol..
Being born in 97 most people in my age group/younger just care about whatever hot shounen anime is popular.
Likes: morri

jellosaur said:
Just wanted to drop by to say It's so interesting finding sailor moon fans that got to experience this series during its prime.
I get a bit jealous at times since being a younger fan of the series, and growing up with the JP version rips on youtube instead of the DiC dub is a kind of lonely experience lol..
Being born in 97 most people in my age group/younger just care about whatever hot shounen anime is popular.
Click to expand...
I grew up with the French manga version and Chinese subs VHS being sold at the pharmacy. I now own Viz dubbing of SuperS, Sailor Stars, and the three movies. I also grown up on Anti sites being lulzy of their bashing of Sailor Moon by using Mortal Kombat characters to beat them.

Then there was The Chibi Project, a site destroying a plastic Chibi Moon toy and then made a subsite in the defense of SuperS. I know as a anti, I felt they were interesting to watch.

I still think Uranus and Neptune rubbed me the wrong way of being over the top sailors in their duty to protect the planet. I know Usagi is a crybaby and loves being protective of her friends, so I can understand their resentment towards her.

I just have some beef when some people claim they are Usagi. Looking at you, MissDream.

Anyways, my rant on Usagi Kou is on KiwiFarms. I appreciate I hadn't become a lulzcow. But reading the thread, Usagi Kou finally left the Sailor Moon cosplay community....

Only to do more drama that made her more infamous. Great.

I still have my entire sailor moon sailor V mirrored German manga ^^A friend of mine had the artbooks in hardcover for 50 eur a pop O.o but her mom was a bit bare minimum otherwise (yea that type of get all material things you want for lack of love and affection) later they had the art edition books which were basically half of one volume art books with the translated commentry within the picture for 8 eu a pop.

I know, I'm kinda late on the Sailor Moon Crystal/Eternal animations. But since Covid is canning cons, my best bet for Sailor Moon stuff is getting my fiance to order from AmazonJP for me. The mini purse is cute.

MandarakeJP is good too. I still want the Nakoyoshi Media Books of Sailor Moon SuperS set for 78$USD. Looking on eBay and it is pricey.

Rika-Chicchi said:
She's tiny because she's chibi, as her name already suggests. lol
Click to expand...
but not that tiny. xD at least the source material has her one head taller xD

morri said:
but not that tiny. xD at least the source material has her one head taller xD
Click to expand...
Now I wonder how tall Chibi Chibi will be.

looks like shes just a little under skirt height in origanal , which means she is probably gonna knee height xD. Funny they look like they got dianas design much better.

morri said:
looks like shes just a little under skirt height in origanal , which means she is probably gonna knee height xD.
Click to expand...
That'd make her like a baby who can stand & walk. lol

reminds me of doremis little sister, who even when doremi was already in year 6 bibi was still tiny. xD even though bibi was by then already in what year 2? and should be the same height as doremi in year 2 xD
You must log in or register to reply here.
Share: Facebook Twitter Reddit Pinterest Tumblr WhatsApp Email Link