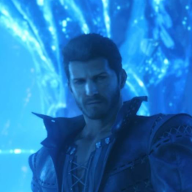 Tsundereshipper said:
Rei is definitely not an Aro, she point blank fell in love with Kaidou, plus there’s her suspicious relationship with Minako as well. She herself even says it in the Casablanca side-story, she tries to keep herself from falling in love because she knows her love would be too all consuming and possessive of the other person.

If you’re looking for Aro SM characters, the closest ones are Jadeite, Rubeus and Pluto in the 90’s anime and maybe Saphir in the manga.

Heck even Manga Venus makes more sense as Aro than Manga Rei, considering in Sailor V she outright admits that despite having “5000 first loves” she was never serious about any one of them and will always choose duty over love.
Click to expand...
Even then we don't know these characters are aromantic or asexual, we just don't see them fall in love or anything. They are definitely up to interpretation. One could read most characters not named Usagi or Mamoru as asexual or aromantic in the manga

It's nice to have representation but I think forcing in every category in every piece of media hurts a story if it doesn't happen organically.
I identify most with Usagi in both anime and manga (possibly being an INFP helps) but I am not a teenage Japanese girl with dreams of being a housewife and marrying a semi-rich former amnesiac. (though if any rich/semi-rich people, former amnesiacs or not, wanna talk, I can clean house with the best of them and I'm willing to learn to cook. I have set fire to fresh, green, and cold vegetables, fair warning.)
Likes: Starlight and FloraKiraraHime
You must log in or register to reply here.
Share: Facebook Twitter Reddit Pinterest Tumblr WhatsApp Email Link