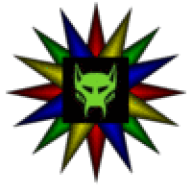 ^ Agreed. Everyone sounds decent (though, I kinda wish Zirconia would sound a bit more throat-scratchy than high-nasally), but that "Fish's Eye" change is nerve-wracking. Clearly the person responsible for that (in either the manga translation or this dub) didn't know that "Fish Eye" is the name that has mineral affiliations, not "Fish's Eye".
Chase's Eye said:
Sabrblade, don't ever change.
Click to expand...
Neo Moonlight said:
Wow! You sure know your stuff, Sabr!
Click to expand...
Prince Rose said:
thats Sabrblade for ya always in perfect detail
Click to expand...
KawaiiMira said:
I always look forward to your posts!
Click to expand...

That actually sounded pretty good. All the voices sound well-cast, and the delivery was on-point. Barbara Goodson is even better as Zirconia than I expected.
Likes: animenerd99

Click to expand...
A vast improvement over the CEO voices for sure and it's nice to hear Zirconia as a woman in a dub

I know SuperS is the one of the most not liked seasons but it has some of the brightest art and best animation.

Viz. played 2/3 of the Supers special at anime Boston 2018. I think the old man that puppet controls is voiced by Jamieson Price and there is a panel on saturday.
Last edited: Mar 31, 2018

I love Pegasus' new VA and it sounds a lot better than that older man sounding voice in the Cloverway dub. I was hoping the part 1 set would cover up to the defeat of the Amazon Trio but I guess that's the same amount of episodes they typically have on the sets. I can't wait to finally own it as I never got to buy the original Pioneer release and I'm not missing out on my chance to own it this time.
Likes: imaginationgirl and animenerd99

So it’s pretty obvious they’re using a new video source. It actually doesn’t look that bad at all now!

That trailer was great. Far better than most of Viz's Sailor Moon trailers, especially their earlier ones. The voices all sound fine for me.
Likes: animenerd99

I have never seen Super S so this is going to be my very first time watching it. From what I remember when I was just a kid, I've seen some but not all the episodes from the first season, R and very little of S. Of course I was referring to the dub by Dic.

Now nearly twenty years later, I have been rewatching Viz's dub of the first season, Sailor Moon R and Sailor Moon S. So that makes it about an entirety of 127 episodes I've seen so far, including the R film. Now that I've got a better understanding of the series up to this point, I am ready for Super S!
Last edited: Apr 5, 2018
Likes: Star Angel Haruki, animenerd99, GTAB and 1 other person

PurpleWarrior13 said:
That actually sounded pretty good. All the voices sound well-cast, and the delivery was on-point. Barbara Goodson is even better as Zirconia than I expected.
Click to expand...
.....

Well, casting her in that role DOES make perfect sense...

I love Fisheye's new dub VA and how much more natural he sounds than the overly forced scratchy voice of the Cloverway dub.
Likes: imaginationgirl

The voices don't sound bad, but I think the CWI actors did a better job with this scene in particular. The actors sound a bit stiff here, namely Hawk's Eye and Tiger's Eye.

Holy bad acting and problematic dialog, Batman! So when Fish('s)-Eye cross-dresses he's not being his "real self"? Mmmm....okay then.
Sailor Moon Says #BLACKLIVESMATTER #TRANSLIVESMATTER #GOVEGAN #WEARAMASK

Sabrblade said:
Why's the picture cropped so much?
Click to expand...
Viz has started using that weird crop for practically everything that isn't an actual trailer on their social media accounts. I think it's meant for better display on mobile devices, still stupid nonetheless.
M

At Anime Boston they showed the special episode where Chibi-Usa fought off a vampire to get us all pumped for this next season coming out. It certainly worked for me, as it was amazing to see the never-before officially released special to final reach America. I hope in the next few years I can try to own the whole series on DVD.
F

MementoNepenthe said:
Holy bad acting and problematic dialog, Batman! So when Fish('s)-Eye cross-dresses he's not being his "real self"? Mmmm....okay then.
Click to expand...
To be fair Fish Eye only ever seem to ever cross dress to lure straight man. So it's not like cross dressing was a legitimate form of gender expression for him.


As far as bad acting I'm still not sure if it's the bad acting or that laughably bad sound mixing is the problem. Nearly 4 years into this and it still sounds like a fandub made by someone at home who couldn't afford a good mic. It's sad the DiC/Optimum dub was able to turn out a better product in like what was it for the first 65....3 months?

It's a good thing these dvds come with the Japanese subs if this was just a dub only and I paid for it, I'd sure as hell want my money back.
Likes: imaginationgirl

MementoNepenthe said:
Holy bad acting and problematic dialog, Batman! So when Fish('s)-Eye cross-dresses he's not being his "real self"? Mmmm....okay then.
Click to expand...
Fisheye says he's going to meet him "as his beautiful self," not his "real self."
Last edited: Apr 13, 2018
Likes: imaginationgirl and animenerd99
You must log in or register to reply here.
Share: Facebook Twitter Reddit Pinterest Tumblr WhatsApp Email Link